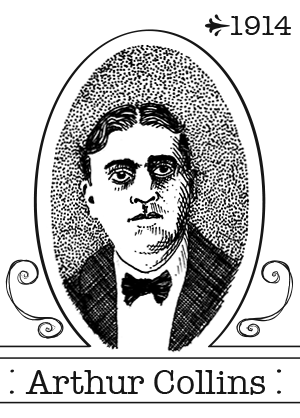 Arthur Collins was an American baritone singer that recorded music from the late 1890's to the early 1920's. Growing up in Barnegat, New Jersey, Collins' parents sent him to Philadelphia for formal musical training. After his studies, Collins spent 15 years touring and performing without much long term success. After marrying actress and singer Anna Leah Connelly in 1895, Collins gave up performing to take up bookkeeping only joining an occasional production for some extra cash. Talent scouts for Edison Records auditioned Collins in May of 1898. Arthur Collins became one of the most productive and successful singers of the time and specialized in African-American dialect numbers called coon songs. He also performed caricature voices and vocal effects that left the impressions there there were multiple persons on the recording. He formed one of the first 'super-groups' called the Big Four Quartet. He is heard in this collection performing the 1914 hit “Aba Daba Honeymoon”.

100 Years of Pop Music on Spotify

Posted by bliss_infinte at 1:54 PM