Bringing pulp tales back to life is the Warlock's Tales Of High Adventure series of pulp magazines and radio plays.


Tune in to the theater of your mind with Tales of High Adventure!

THE RUINED TOWER OF ZENOPUS

Written and Produced by Paul Fini

This Pod-play is dedicated to John Eric Holmes 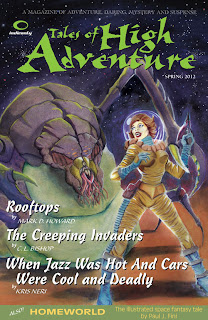 Tales of High Adventure 2 with all new original yarns!

A quarterly book of prose stories and illustrated tales as published in the pulp magazines of the 1930's and 1940's such as Weird Tales, Astounding Stories, Spicy Mystery Stories, Amazing Stories and Startling Stories!

Perfect for a casual summer read!

Rooftops by Mark D. Howard
The Creeping Invaders by C. L. Bishop
Homeworld by Paul J. Fini
When Jazz Was Hot And Cars Were Cool And Deadly by Kris Neri
Imagination by Michael Blackbourne
Stopping A Bullet by Jeff Pawlak


Pulp thrills live on in Tales of High Adventure!

Digital eBooks only $.99 available through:

Amazon for the Kindle

And Barnes & Noble for the Nook

Thrilling pulp adventure fantasy returns with Tales of High Adventure, a quarterly book of prose stories and illustrated tales as published in the pulp magazines of the 1930's and 1940's such as Weird Tales, Astounding Stories, Spicy Mystery Stories, Amazing Stories and Startling Stories!

This issue features works such as:

Homeworld by Paul J. Fini
The thrilling illustrated tale of Hamilton West and his astral journey to Homeworld!

Dagon by H. P. Lovecraft
A suicidal morphine-addict recounts his encounter with an ancient blasphemy from the sea! 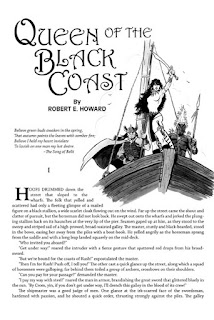 The Lost Valley by Mike Moran
A Midnight Eagle illustrated tale with Jack and Tosh searching for the missing Dr. Saint!

The Peruvian Report by Max Lieberman
The discovery of a horrific tribe in South America worshiping an ancient idol!

Queen of the Black Coast by Robert E. Howard
Tales of High Adventure is proud to present the tragic tale of R. E. Howard's pirate she-devil of the Hyborean age!

Spirits of the Dead by Edgar Allen Poe
A short poem by the master of the macabre!


READ these pulp style fantasy adventures as they were meant to be read!
HOLD in your hand and flip through the pages of thrilling adventure!!
52 EDGE OF YOUR SEAT PAGES!!!

Tales of High Adventure for NOOK

Tales of High Adventure for Kindle