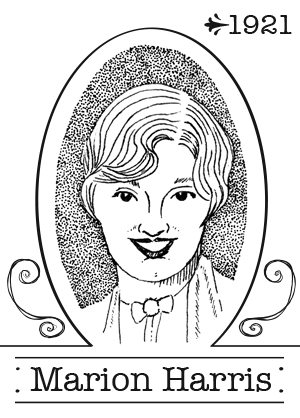 Marion Harris started out as a Vaudeville singer in the Midwest in the early 1910's. By 1917 she was recording music and performing on Broadway. She is by many considered one of the first women to sing blues and jazz songs written by African-American songwriters. She continued to perform on stage throughout the 1920's and began acting and singing in films. In the mid-thirties Marion Harris moved to England where she had performed at London's Cafe de Paris but her home was destroyed in a Nazi rocket attack and moved back to the states. She died tragically from burns after falling asleep in bed with a lit cigarette in April of 1944.
Posted by bliss_infinte at 9:00 AM