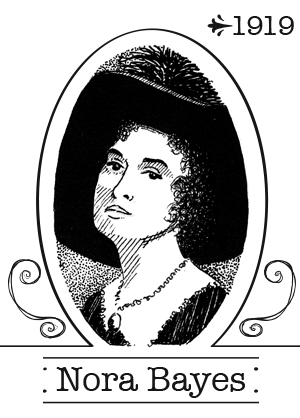 By the age of 18, Nora Bayes was touring Vaudeville from New York to San Francisco and became a star on Broadway. In 1908 she helped pen the popular composition “Shine On, Harvest Moon” with her first husband Jack Norworth. She would eventually marry four other times. Her popularity peaked during the war when she was the first performer to record the international hit “Over There” and performed shows for the soldiers. Nora Bayes recorded many songs up until her death from cancer in 1928.

100 Years of Pop Music on Spotify
Posted by bliss_infinte at 9:58 AM