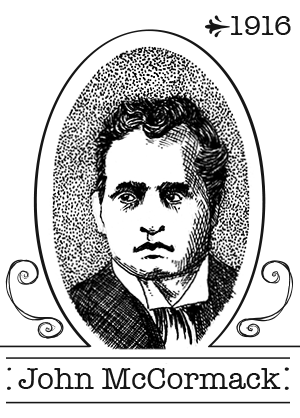 Born in Ireland and studying voice in Milan, Italy, the world famous operatic tenor John McCormack performed around the world before beginning his American career in 1909. There he began to perform concerts if front of thousands earning millions from his performances and recordings. Thousands would pack venues to see McCormack perform. He made hundreds of recordings between 1904 and the 1920's. He was known for his breath control and could sing 64 notes on one breath!

100 Years of Pop Music on Spotify
Posted by bliss_infinte at 1:28 PM